Do you wonder how a fairly low key relationship ‘discussion’ can sometimes escalate in to a major issue?

You mention something to your partner that isn’t feeling so good for you within the relationship …maybe that you’re a bit fed up with doing most of the cooking ……and 20 minutes later, what you hoped would be a listening/understanding/working through discussion has escalated to ….’we’re obviously not suited, I don’t even know why we are together, maybe we should break up’ -from both of you!’ Wow, how did that happen?

What happens is that the discussion didn’t stay in the moment …or about the original issue. One party, probably the one receiving the information that their partner was fed up, interpreted the information in a way that caused them to feel criticised, hurt, angry, inadequate or threatened in some way and they decided they needed to defend themselves. At this point the listening stopped, the defences went up and there may have been a ‘counter attack’. This may have caused frustration, hurt at not being listened to, anger at the counter attack or some feeling that was internalised as something needing a defence. Now both parties have lost the moment and the focus, have their defences up …and may even start bringing in ammunition -the past ……’last week I did this……’,’ last month you said this’, ….’last year you said that ….’, possibly opening up old ‘wounds’ rather than allowing them to heal. 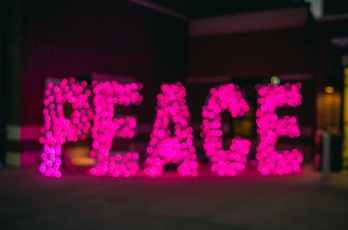 Almost everyone can do the fun, happy bits really well….it’s how we handle the bits that don’t feel great that are key to developing and deepening a healthy, happy and growing relationship.

Let’s assume the relationship is based on love -which I guess that prompts the question ‘what is love?’ I’m not sure that there is a defined answer that speaks for all but I do think that love cares about each other’s happiness and is empathic and compassionate.

If we keep love in mind and when faced with something we could interpret as a criticism, we listen with an open mind and focus just on what is being said, we have a good chance of having a healthy discussion likely to result in a closer and happier relationship …and avoid an escalated and unnecessary argument.

Hi, I hope you find a few of my blogs of interest. I am a Life Coach based in Harrogate and I write about general topics that clients bring to coaching. I hope that some of the content may help you -or help you to help someone else. Please comment if there is anything you find helpful -or if you would like me to cover a specific topic.
Join 178 other subscribers
Follow Coach Confidant on WordPress.com
Loading Comments...